You are here: Nejvyšší soud  »  About the Court  »  Premises

The building of the Supreme Court of the Czech Republic

Since 1993, the Supreme Court has been located in a listed building of the erstwhile General Pension Institute, which was built according to a design by Emil Králík, a professor of the Czech Technical University in Brno, between 1931 and 1932. After World War II, several institutions were progressively located in the building. From the 1960s, the Secretariat of the Regional Committee of the Czechoslovak Communist Party had its offices there and for its needs, in 1986 an insensitive extension, a mansard floor, was built according to a design by Milan Steinhauser, along with a courtyard wing with a stepped hall, built into the courtyard. For a short period of time at the beginning of the 1990s, the Rector’s Office and the Institute of Computer Science of Masaryk University were located there. Part of the building was also used by the Technical University and the Janáček Academy of Music and Performing Arts, up to 1996.

With capacity limited in the main building and with the numbers of judges and, above all, judicial clerks and employees growing, until the autumn of 2019 the Supreme Court had annual leases on six field offices created from flats in a nearby apartment building. On 1 October 2019, after many years of waiting, the Supreme Court’s new wing – adjacent to the original historical building in Bayerova Street – was opened.

The new office building has seven floors above ground and three underground levels. The lowest level, besides housing technological facilities, accommodates the Supreme Court’s new registry. The Supreme Court also gained dignified premises for its large library on the ground floor of the building’s new wing, along with a new courtroom that doubles up as a small multipurpose hall. On the top floor, there are seven new accommodation units for judges who come to work in Brno from all over the country. 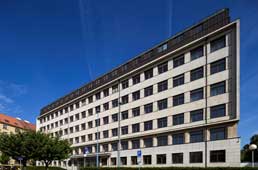 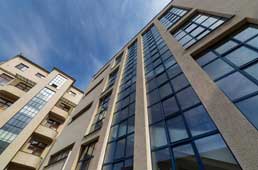 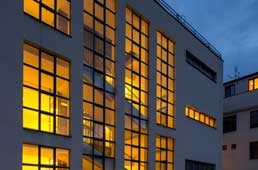 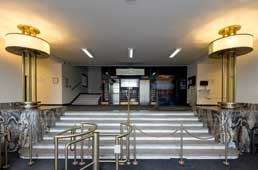 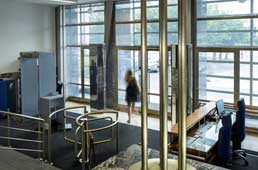 Please note: The following pictures have been provided by the Brno city archive and copying them for commercial and private purposes is prohibited, even if the source is cited. 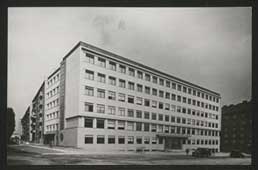 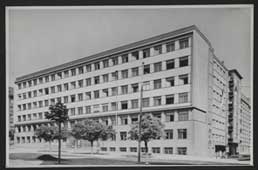 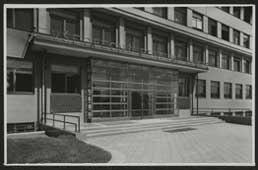 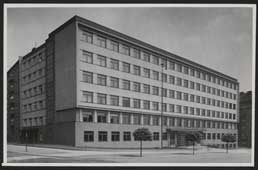 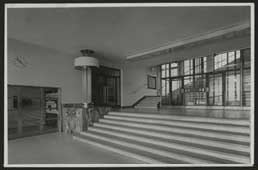 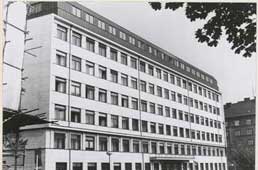 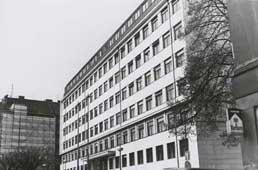